Maria Montessori. Design at the service of education
MOOD is a collection of “paper stories”, where the tangible surfaces, the signs, the feel, the colors, and the ability to compose and decompose all work together in order to explore the world of Maria Montessori in a new way with unique story-telling objects that are freely inspired by the Montessori philosophy.
Mood, about us, paper stories, surfaces, signs, feel, colors, maria montessori, objects, Montessori philosophy, inspiration, education, paper, montessori, method, chiaravalle, italy, unique, storytelling, shopping, shop, buy, ecommerce, beautiful, products, home, homepage,
16094
post-template-default,single,single-post,postid-16094,single-format-standard,theme-bridge,bridge-core-2.9.0,woocommerce-no-js,qode-page-transition-enabled,ajax_fade,page_not_loaded,,qode-title-hidden,side_area_uncovered_from_content,columns-4,qode-child-theme-ver-1.0.0,qode-theme-ver-28.5,qode-theme-bridge,qode-wpml-enabled,wpb-js-composer js-comp-ver-6.8.0,vc_responsive 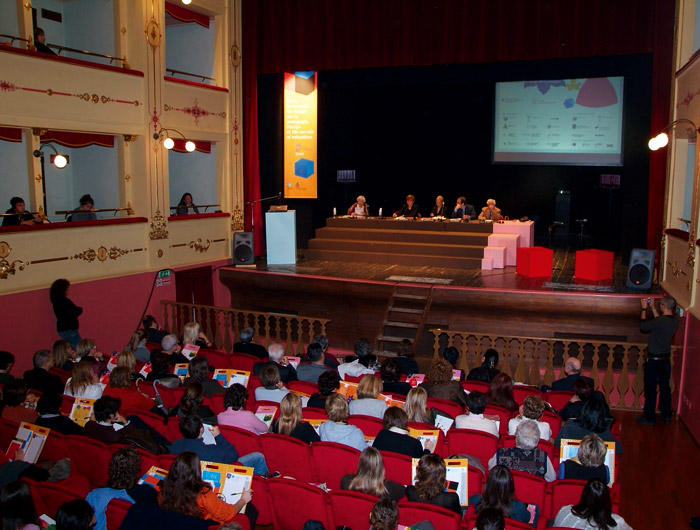 22 Nov Maria Montessori. Design at the service of education

Posted at 17:49h in Conference, Design, Montessori by Admin

“Maria Montessori. Design at the service of education.” 2007 Chiaravalle AN, 2007
Project selected and published in the ADI Design Index 2008 for the Compasso d’Oro, Visual Design section.

Abstract from the brochure of International Study Conference

“A system of graphic signs and objects, as complex as they are linear, beyond geographies, cultures and customs specific to a nation, has been for a century now a fundamental learning instrument for children the world over. A corpus elaborated according to what today seem to be innovative design criteria, constructed in an exact and unequivocal  relation between form and function, programmed to last. This is the extraordinary and modern aspect of the material which Maria Montessori conceived of and put to use in the service of children’s education.
On the occasion of the centennial of the founding of the first Children’s House in Rome, a moment of comparison between two worlds, that of design and that of pedagogy, is offered in the conviction that Montessori had already understood, at the beginning of the last century, the importance of communication applied to the method. A reflection on the figure of Maria Montessori as pedagogist as knowing creator of a “visual language” exemplary in its contemporaneity and efficacy.
The design of the Montessorian materials, as “attractive” to children today as it was a hundred years ago, bears witness to a vision of extraordinary breadth.
This appointment in her birthplace hopes to be a stimulus to renew and widen the reading of the work of Maria Montessori, a great scientist who, in her pedagogic thought had the ability to include, in a profound manner, ideas on society, on equality and respect among people which led to her nomination for the Nobel Peace Prize.” 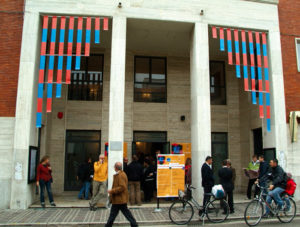 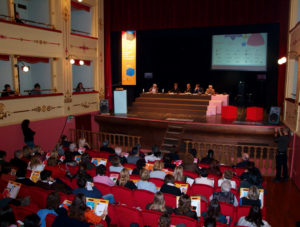 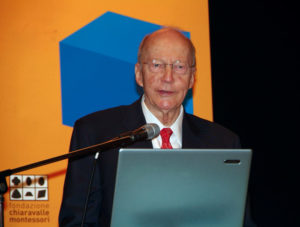 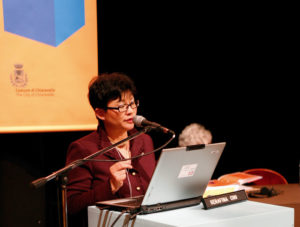 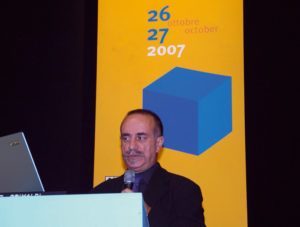 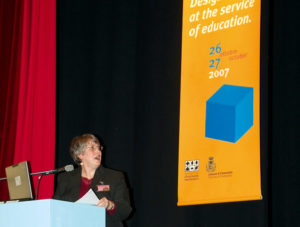 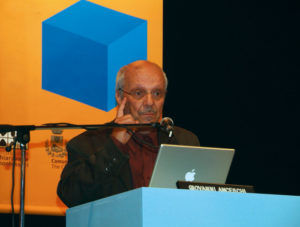 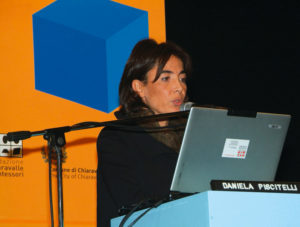 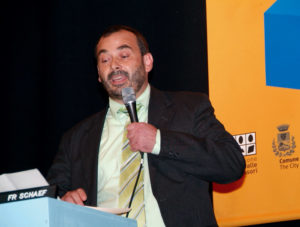 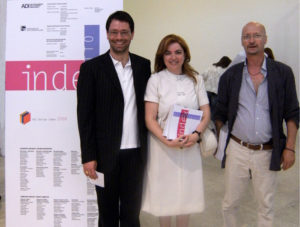 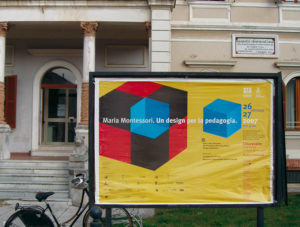 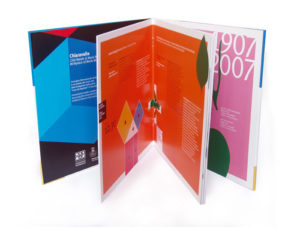